‘On the 30th August 1906, the 21 metre sloop Gjoa, commanded by Norwegian, Roald Amundsen passed Point Barrow, Alaska and the North-West Passage was finally conquered after centuries of endeavour.’

Exactly one century later in 2006,  we flew across Canada, Nunavut and the Arctic Circle, landed on a gravel runway, boarded the Akakemik Ioffe and followed in wake of Gjoa, passed through Peel Sound, Dolphin and Union Strait, Cambridge Bay, Holman (Ulukhaktuk) to the Amundsen Gulf where our transit through the North-West Passage was complete.

Records indicate that only 172 voyages have passed through the North-West Passage, and a mere 27 conveyed passengers.

Returning from where we had come, we were the 15th vessel to transit the passage in both directions since the St Roch in 1940-44 and only 3 with the same compliment of crew and passengers.

This was the first Australian lead expedition to have made it through and returned.   We have been told all passenger’s names were placed in  the museum at St Petersburg in Russia by our Russian Captain Gennadiy Poskonny, Master of RV Akakemik Ioffe. 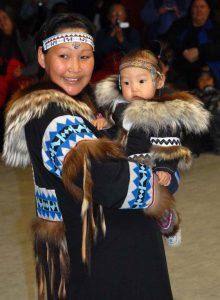 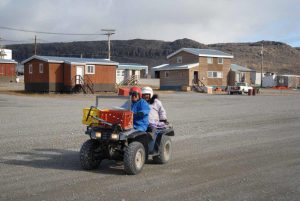 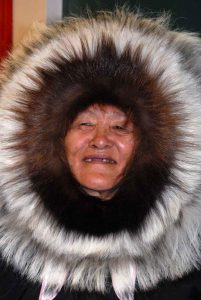 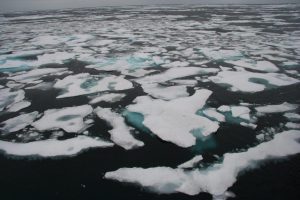 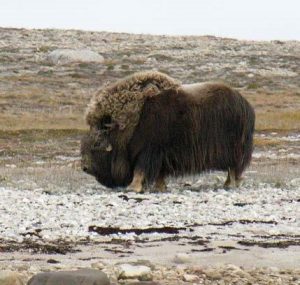 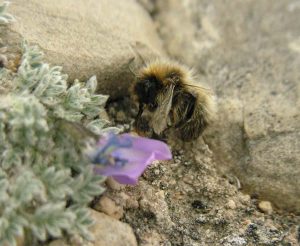 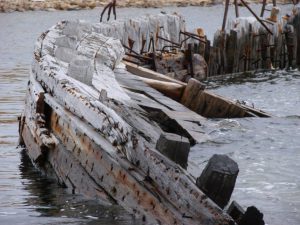 With the permission of our Queen, I christen you: Maud.’ 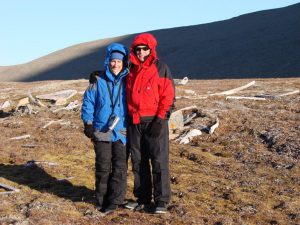 Ruins from the Thule period.  Ancestors of the Inuit lived here between 700 – 1,000 years ago.  Their igloos where made from whale bones and skins.  Flat stones in the tundra showed the children played hop scotch.   The Dorset, through to the Thule and Inuit were all nomadic, living in the next igloo they found.  If inukshuks, flat stones packed on each other, where seen in front of an igloo, it meant it was occupied.  These early people moved from the Bering Straits across the Arctic west to the east. 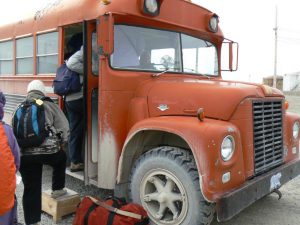 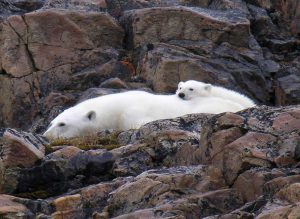 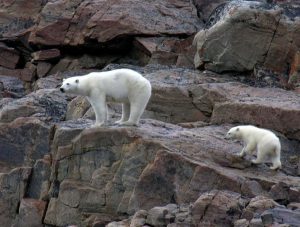 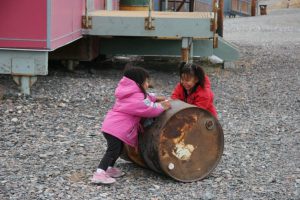 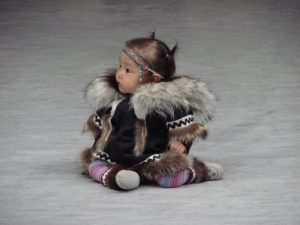 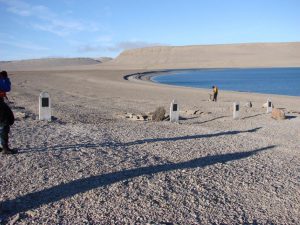 All men where lost.  Tinned food had just been discovered.  Tins found and analysed today found the lead used as a solder and poisoned the food and could have been the cause of their deaths.  Their bodies are perfectly preserved in the permafrost. 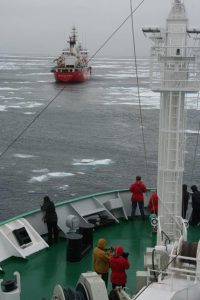 Canadian Coast Guard guiding us through the ice. 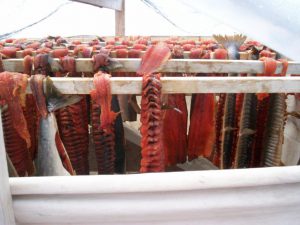 Arctic Char drying in the sun 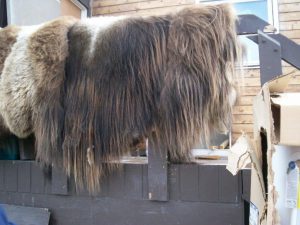 Muskox skins dried and tanned for boots and coats.